Drafting a solid will helps ward off estate disputes 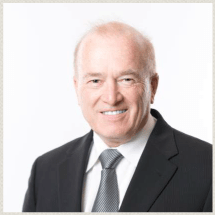 The death of a loved one is an emotional time for a family and can sometimes lead to disputes over the estate, but there are ways to draft a lawsuit-proof will to ensure that doesn’t happen, Thunder Bay wills and estates lawyer Rene Larson tells AdvocateDaily.com.

“I think the most important thing is that we clearly identify the testator — the person making the will — and ensure that we get some evidence of their name at birth and its proper spelling. It’s common for people to drop names because they don’t like them or they don’t like the spelling of their name,” says Larson, principal of Larson Lawyers Professional Corporation.

“But, unless they’ve legally changed their name, we have to properly identify them in the documents.”

It’s also important to determine at the outset whether the testator already has a will and wants to make changes, in which case the earlier document would have to be revoked, he says.

“You get into discussing why they’re making their will at this point in time or why they’re changing it. Documenting those reasons and recording them in the lawyer’s notes would be important later in clarifying some of the facts of the situation,” Larson says.

Attention should be paid to pensions and life insurance policies when it comes to beneficiaries, especially if they are already named in the plans, Larson says.

“A will provides an opportunity to actually change the beneficiaries in a plan, such as a pension or a life insurance policy,” he says.

“It becomes an evidentiary problem later if there’s a discrepancy between the initial pension or life insurance designation and what’s in the will. So one of the things I always say to the client is we’ll do it here in the will, but you really have to get in touch with the company and make sure it’s the same in their records.”

Larson says he can’t overstate the importance of an executor.

“Choosing an executor wisely is a major way to avoid subsequent litigation with a will because if you pick somebody who has financial wisdom, integrity of character, and will follow your instructions, that’s a major step toward clearing up your estate and finalizing your affairs,” he says.

He also advises clients to pick an alternate executor in case the first person dies or becomes incapacitated while the testator is still alive.

“If there’s not an executor named in the will, the court will appoint one, usually a family member who applies, and that may not be the person you want administering your estate.”

Other tips to avoid litigation over a will include:

— Determine if the testator shows any signs of mental incapacity. If it’s in question, Larson says, have the person assessed by a doctor or capacity assessor  “to ensure they have the necessary mental capacity to make the will. If you do that before you make the will, that will stave off any challenges based on mental incapacity,” he says, adding that if the doctor or capacity assessor isn’t able to sign off on the person’s mental capacity, a will can’t be drafted.

— Beneficiaries should be excluded from the interview process with the testator to avoid undue influence. If they accompany the person to the lawyer’s office, which often happens with elderly clients, they should sit in the waiting room, he says.

— It’s also a good idea to include a clause in the will that says if a particular beneficiary commences litigation, they would not be able to share in the undistributed estate. “You cannot avoid litigation, but it certainly makes the beneficiary think twice about bringing a court challenge,” Larson says.

— Hold a meeting with family members after the will has been drafted or signed to promote understanding and clarity, and allow them to air their views. Lack of understanding, he says, promotes litigation.